38 Culpable In Email Probe, No Evidence Of Deliberate Violations 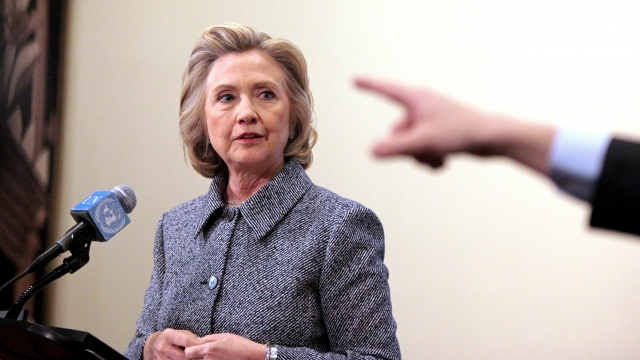 SMS
38 Culpable In Email Probe, No Evidence Of Deliberate Violations
By LeeAnne Lowry
By LeeAnne Lowry
October 19, 2019
A report on the three-year investigation was completed in mid-September and sent to Sen. Chuck Grassley.
SHOW TRANSCRIPT

A State Department investigation into former Secretary of State Hillary Clinton's emails found violations by dozens of officials, but no evidence that anyone deliberately mishandled information.

A report on the three-year investigation was completed in mid-September and sent to Sen. Chuck Grassley — the former head of the Senate Judiciary Committee — on Oct. 1. He released it to the public on Friday.

Clinton handed over roughly 33,000 emails to the investigators, and as many as 130 government officials were looked at in connection. Thirty-eight current or former State employees were found to have sent classified information to Clinton's private, non-government email server. None of those officials have been identified.

If any of those officials still work at the State Department, they could face disciplinary action. And while the report didn't find evidence that the information was mishandled deliberately, it notes that using the private server made classified information more vulnerable.