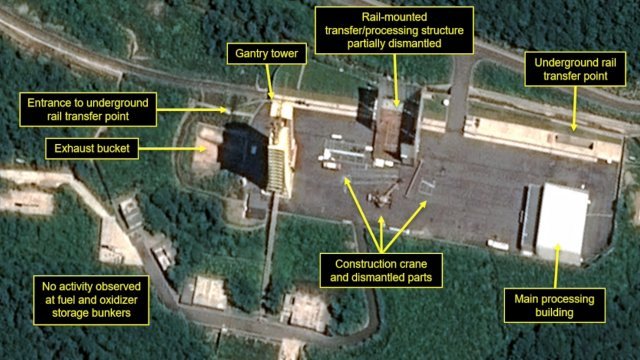 North Korea has begun dismantling what are believed to be key facilities in its intercontinental ballistic missile program, according to monitoring group 38 North.

The Sohae station is North Korea's main satellite launch facility. If it's dismantled, that could be a significant step toward denuclearization in North Korea.

President Donald Trump and North Korean leader Kim Jong-un signed a joint statement at their historic Singapore summit in June. It said the U.S. would provide "security guarantees" for "complete denuclearization of the Korean Peninsula."