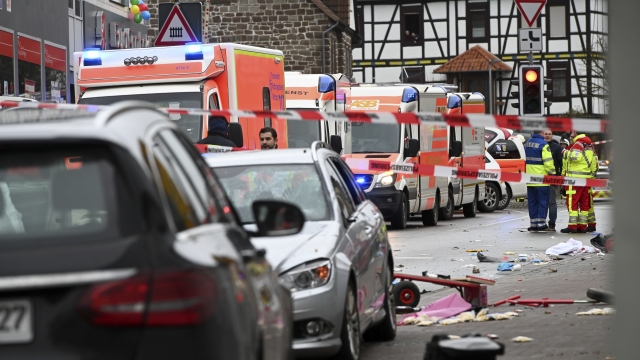 Thirty-five people were in the hospital Tuesday after a car drove into crowd of people in Germany. Eighteen of those hospitalized are children.

Local news outlets report the incident took place Monday in the town of Volkmarsen during a carnival parade, a Christian procession traditionally held before the season of Lent.

At least 50 people were hurt after the car plowed into the crowd. Police are reportedly investigating the crash as an attempted homicide and say the driver was not drunk at the time of the incident.

Police said the 29-year-old German man who drove the car was taken into custody. Local media reports he's being treated in the hospital and is set to appear before a judge once he's out. Prosecutors have indicated they don't plan to involve federal prosecutors because there doesn't seem to be a political motive. They have suggested carnival organizers review their security measures.