349 Votes For Higher Taxes? This Hit On Bill Nelson Doesn't Hold Up 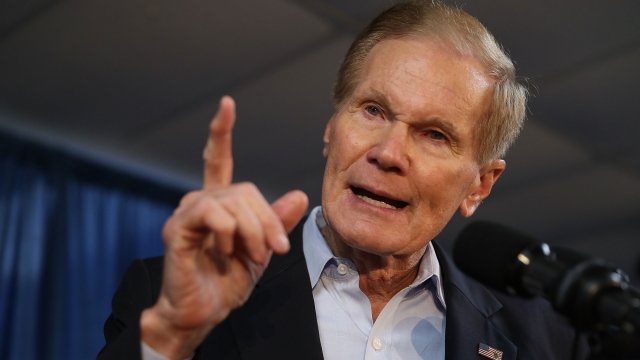 SMS
349 Votes For Higher Taxes? This Hit On Bill Nelson Doesn't Hold Up

To look at another key Senate race this midterm election, venture with us to the state of Florida. That's where incumbent Democratic Sen. Bill Nelson is fighting a challenge from the state's Republican Gov. Rick Scott.

Scott's campaign is attacking Nelson on his lengthy record in Washington, including his votes that favored higher taxes.

Whoa. That's a lot of votes for higher taxes. And it's a very unreliable number. It needs a lot of context.

Almost half of the 349 figure includes Nelson's votes on non-binding budget resolutions, which just set parameters for what should be considered in tax and spending law. Those votes don't count toward the passage or rejection of a bill that would become law.

That number also counts multiple votes for the same bill, which is common as lawmakers tack on amendments. To the Scott campaign, that might count as voting multiple times for a tax increase, but it's important to note that not all of those votes counted toward separate tax increases.

The Scott campaign doesn't dispute those points, but it told Politifact this: "Every vote cited was an opportunity for Bill Nelson to make his position on taxes clear, and every time he voted in favor of higher taxes."

A look at Nelson's record shows mixed votes on taxes. He has voted to increase taxes for the wealthy but supported a measure increasing tax deductions for college tuition. He's flip-flopped on whether to repeal the estate tax, and has cast votes both for and against tax cuts over the years, depending on the bill.

Ultimately, the Scott campaign's ad takes the number 349 and presents it to make it seem like something it's not. The number includes multiple votes for the same bill and a lot of votes for resolutions that would never become law. Leaving out that context is very misleading and leaves an inaccurate impression.