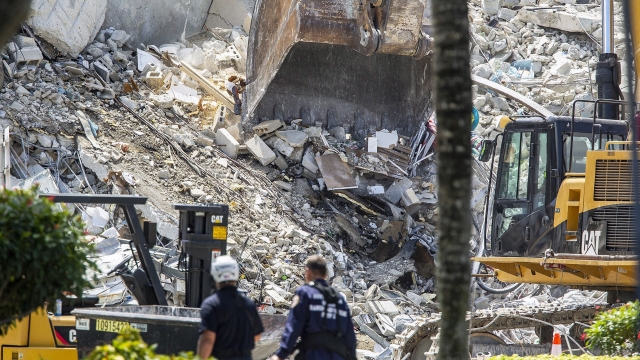 Crews in Florida are looking for at least 31 more victims at the site of the condo collapse in Surfside.

As of right now 90 people have been found dead.

The Miami-Dade County mayor says crews have sifted through about 14-million pounds of concrete and debris since the collapse last month. And they're finding so much more than just rubble — they're finding photos, jewelry and treasured family items.

“It could be the smallest little thing that to a common person looks like a little container, but it really means generations. It’s spiritual and I’m just so impressed that our officers are learning so much about culture. There’s just so many dynamics here with the sadness and sorrow. There’s a unity component where we learn about each other so we definitely respect that and honor that,” said Miami-Dade Police Department Director Alfredo Ramirez.

Officials say the search may be completed in two to three weeks.