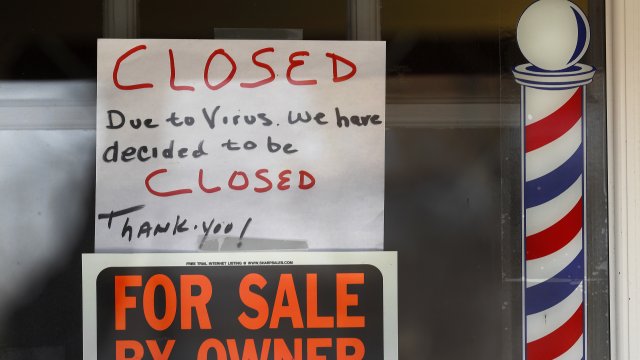 The latest jobs report shows 3.8 million people filed for unemployment benefits last week, another blow to the labor force after the coronavirus pandemic prompted widespread business closures. There have been 30 million jobless claims in the past six weeks. It's important to remember, these aren't just numbers. That's 30 million people in need and turning to the government for a safety net.

This news comes after a Commerce Department report showed the economy had its worst contraction since the Great Recession.

Federal Reserve Chair Jerome Powell says the next jobs report is expected to show the unemployment rate has reached "the double digits." That rate had been historically low.

"We are going to see economic data for the second quarter that is worse than any data we have seen for the economy.  There are direct consequences of the disease and measures we are taking to protect ourselves from it," Powell said.

The non-partisan Congressional Budget Office is forecasting what it calls a rebound in the economy during the second half of the year. President Donald Trump has expressed similar optimism.