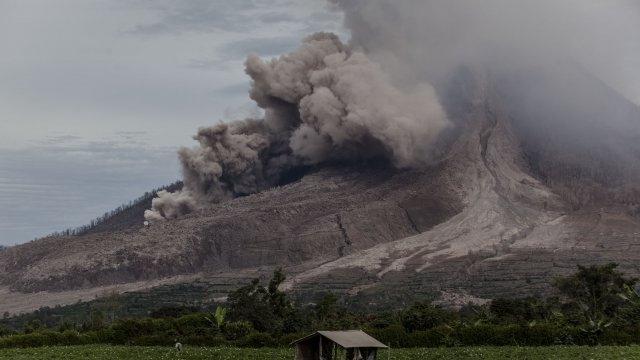 An active volcano on the Indonesian island of Sumatra erupted Monday morning, sending a gigantic cloud of ash into the air. Mount Sinabung is just one of three erupting volcanoes in Indonesia right now.

Indonesia has more than 120 active volcanoes. The island nation is near the Pacific "Ring of Fire" — an area in the Pacific Ocean that's prone to volcanic activity and earthquakes.

No one was injured in the eruption, but small rocks were still showering surrounding districts nine hours later.

Officials say there's a high chance volcanic activity from Sinabung will continue. They advise pilots to avoid flying near the volcano.