3 British Lawmakers Have Quit The Conservative Party Over Brexit 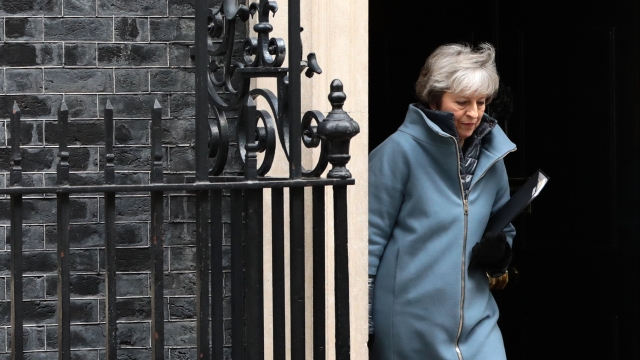 The lawmakers criticized the prime minister in a joint resignation letter Wednesday for abandoning "a moderate, open-hearted Conservative Party" and letting far-right, pro-Brexit members take over. The also said they "reject the false binary choice ... between a bad [Brexit] deal and no deal."

The three have joined a newly formed centrist party made up of several former Labour Party lawmakers who also broke with their party over its Brexit policy.

May said she was "saddened" by the trio's departure, adding "the UK’s membership of the EU has been a source of disagreement both in our party and our country for a long time."

May met with EU Commission President Jean-Claude Juncker in Brussels on Wednesday to try to revise the U.K.'s withdrawal agreement after Parliament rejected her Brexit plan last month. Both May and Juncker said their meeting was "constructive," but the EU has repeatedly said the deal is set in stone and not up for renegotiation.

Brexit is set to happen on March 29, and Parliament has yet to give May's plan the green light. If the country can't come to an agreement by then, it may have to choose between a no-deal exit or trying to push back its withdrawal date.