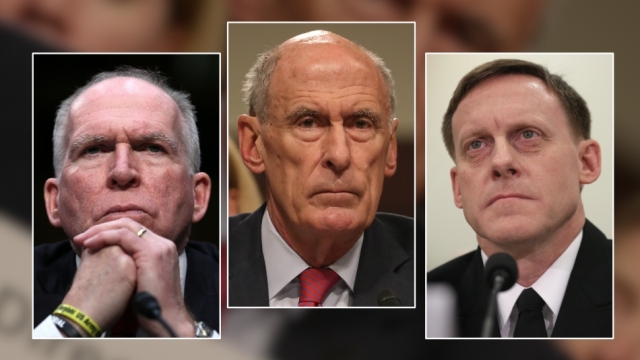 Three top intelligence officials testified before Congress on Tuesday, and members of Congress pushed for more answers on the Russia probe.

"I don't have sufficient information to make a determination whether or not such cooperation or complicity or collusion was taking place. But I know that there was a basis to have individuals pull those threads," former CIA Director John Brennan said.

Brennan, who left his post in January, told the House Intelligence Committee that his agency knew about Russia's attempts to influence the presidential election back in 2016. He also noted contacts between Russians and associates of Donald Trump, but stopped short of claiming the two worked together.

"I was aware of intelligence and information of contacts between Russian officials and U.S. persons that raised concerns, in my mind, about whether or not those individuals were cooperating with the Russians, either in a witting or unwitting fashion, and that served as the basis for the FBI investigation into whether such collusion, cooperation occurred," Brennan said.

Rep. Trey Gowdy summarized Brennan's testimony: "You saw something that led you to refer it to law enforcement. And in your judgment, it's up to law enforcement to test, probe, corroborate, contradict, otherwise investigate the full nature of that information you passed on. Is that a fair way to put it?"

"It's not CIA's job to make a determination whether or not a U.S. person is cooperating, colluding or whatever in some type of criminal or illegal manner. It is our responsibility to give the bureau everything that they need in order to follow that path and make such a determination or recommendation if they want to press charges," Brennan said.

Director of National Intelligence Dan Coats testified before the Senate Armed Services Committee. He was one of the two intelligence directors who Trump reportedly asked to publicly deny collusion between his campaign and Russia, according to The Washington Post. When Sen. John McCain asked about the report, Coats declined to answer.

"As the president's principal intelligence adviser, I'm fortunate to be able, indeed, to spend a significant amount of time with the president discussing national security interests and intelligence as it relates to those interests," Coats said. "I have always believed that, given the nature of my position and the information which we share, it's not appropriate for me to comment publicly on any of that."

The other official was Adm. Michael Rogers, director of the National Security Agency. His testimony before a Senate subcommittee touched on Russia's interference in the election, but he wasn't asked about Trump's alleged request in the first round of questioning. 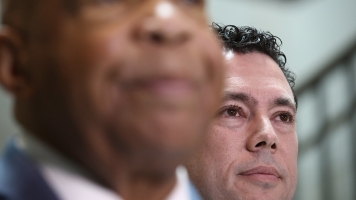 Democrats To Committee Chair: We Need Answers About Michael Flynn

Trump is in the middle of his first foreign trip as president. He addressed Arab and Muslim leaders in Saudi Arabia before visiting Israel. On Tuesday, Trump landed in Italy. He's scheduled to meet with the pope and Italian leaders.