3 Teachers Accused Of Suspending Student By Belt From Blackboard 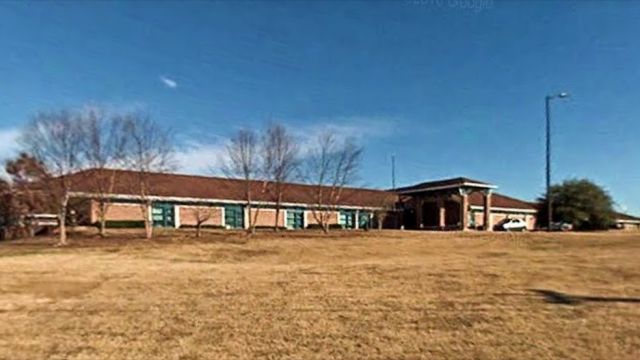 SMS
3 Teachers Accused Of Suspending Student By Belt From Blackboard
By Matt Picht
By Matt Picht
May 4, 2016
A 5-year-old student at Shoal Creek Elementary School in Georgia was found hanging from a blackboard by the school's principal.
SHOW TRANSCRIPT

Three educators in Georgia have been placed on administrative leave after they allegedly suspended a special needs student from a chalkboard by his belt.

"He was in distress, because he was screaming and hollering. ... He was scared, and he's only five, and he's hanging from the top of a blackboard?" Tracy Davis told WJBF.

Davis told local media outlets that her 5-year-old grandson was found hanging from a hook on top of the blackboard at Shoal Creek Elementary School. The child was part of a special needs class of six people, supervised by one teacher and two assistants.

According to Davis' grandson, he's been suspended in this manner more than once. The school district has since apologized to Davis and promised to take disciplinary action against the three adults; state and local agencies are currently investigating the incident.

The district superintendent's office says it intends to recommend that all three instructors be fired and has contacted the state agency responsible for maintaining their teaching certificates.

This video includes clips from WTVM and WMAZ.