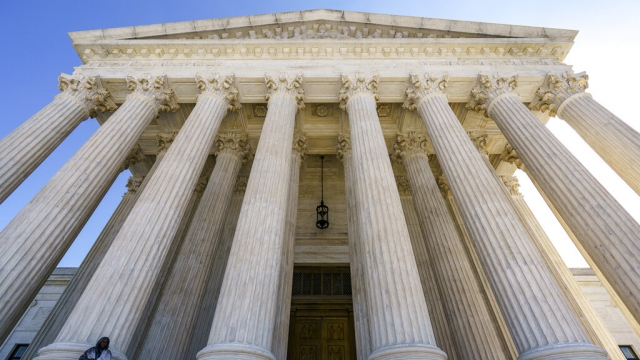 The justices will consider cases on Obamacare, impeachment, the legal boundaries of religious rights and, perhaps, the 2020 presidential election.

Before 2020 is over the Supreme Court will hear cases on everything from impeachment to health care. Here are three we’re monitoring closely at Newsy.

Since Sen. John McCain’s now famous thumbs down on getting rid of Obamacare, President Trump has supported dismantling it instead.

“I got rid of the individual mandate, which was big chunk of Obamacare. That is absolutely a big thing,” President Trump said during the first presidential debate.

In November, the justices will hear California V. Texas — a case that must answer a number of questions including whether the individual mandate portion of Obamacare that carried financial penalties for Americans who did not obtain health insurance is unconstitutional.

And, if so, is it severable from the rest of the act?

Since Congress zeroed out the individual mandate portion of the law, red state attorneys general argue Obamacare in its entirety is unconstitutional.

Potential Supreme Court justice Amy Coney Barrett’s previous statements on the Affordable Care Act indicates she disagrees with past cases in which the law survived challenges in the Supreme Court and that could have an impact this time around.

“It was of paramount interest to the nation to determine whether a foreign adversary had interfered in the presidential election,” said Special Counsel Robert Mueller in 2019.

In 2019, Mueller turned over the findings of that investigation to Attorney General Bill Barr.

Barr released a heavily-redacted version of the report that became a catalyst for the president’s impeachment trial.

However, Democrats wanted access to all of the grand jury material used in that report.

In DOJ v. House Committee on the Judiciary, the justices must decide whether an impeachment trial conducted by the Senate constitutes a “judicial proceeding.”

“If the Supreme Court says that it is a judicial proceeding, then there won't be this kind of delay that we have seen in getting the documents and it could make it easier for future congresses to actually be successful in getting an impeachment conviction,” said Kimberly Robinson of Bloomberg Law.

Finally, there’s the reoccurring question of the line between the first amendment and discrimination. Something the justices will grapple with in Fulton v. City of Philadelphia.

In 2018, the city discontinued its partnership with Catholic Social Services because the group cited religious beliefs in refusing to place foster children in the homes of unmarried or same sex-couples.

Only two justices dissented in that case and sided with the couple, one being the late Ruth Bader Ginsburg.

“While these cases are set to be presented to the high court before January, legal experts are keeping a close eye on new cases involving the election. President Trump has previously said he believed this election will be decided by the Supreme Court."