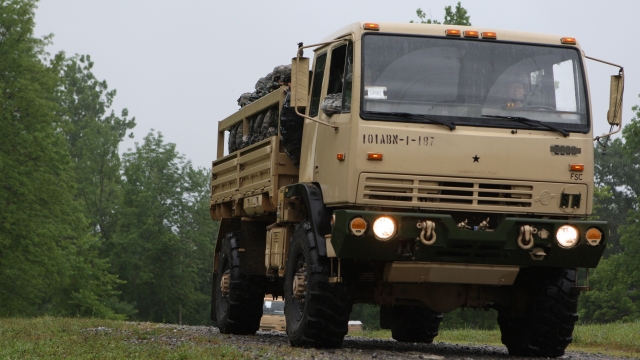 Local and state officials are pitching in to search for the missing soldiers.

At least three soldiers are dead and as many as six others missing after a military truck was swept away by floodwaters in Texas.

Fort Hood officials responded to a swift-water rescue call at the post late Thursday morning. According to an Army press release, a Light Medium Tactical Vehicle overturned at a low-water crossing.

Three soldiers were rescued and transported to a hospital. Three deceased soldiers were found downstream from the vehicle. Six remained unaccounted for as of Thursday evening.

According to KXAS, vehicles like this one are built to travel in high waters and can carry up to 15 passengers.

Parts of Texas have been slammed by severe storms for days, prompting Gov. Greg Abbott to declare a state of disaster for 31 counties.

The Weather Channel reports heavy rain was falling in some places at a rate of up to 3 inches per hour.

Several local and state agencies are assisting in the search for the missing soldiers. The Army says names of the deceased will be released after the families are notified.