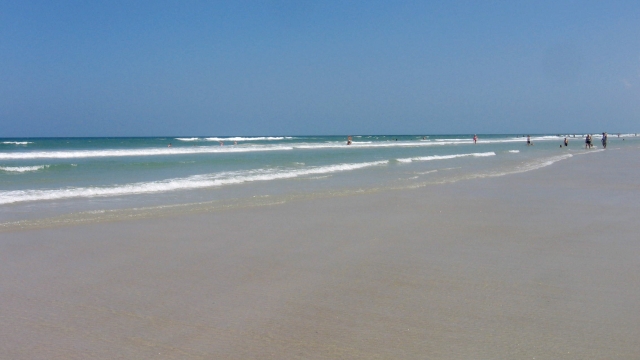 "You don't want it to happen but you're not going to not surf," one surfer told WFTV.

"They're definitely bad the past couple of days. I got chased by one on the inside about knee-high," another surfer told WOFL.

They're talking about shark attacks off of New Smyrna Beach in Volusia County, Florida. In a span of just over two hours Sunday, three people became the large fish's potential lunch.

SEE MORE: Woman Rides To The Hospital With A Shark Still Latched On To Her Arm

The two men were taken to the hospital where one of them needed to undergo surgery. The teen was treated for a laceration at the beach.

So why so many shark attacks? There could be a few explanations.

SEE MORE: This Giant Shark Can Live For 400 Years

Local affiliates report the migration of mullet fish is drawing sharks and other predators in to feed off of them. Sharks sometimes confuse moving hands and feet for fish.

According to WOFL, all three of the shark attacks happened near the jetty — a popular fishing spot that is attractive to sharks hoping for a snack.

Attacks at this beach shouldn't be that surprising. New Smyrna Beach is apparently known as the "shark attack capital of the world." The county where the beach is located has seen the most shark attacks in the U.S. since 2000.

Luckily, all three people injured Sunday are expected to survive.