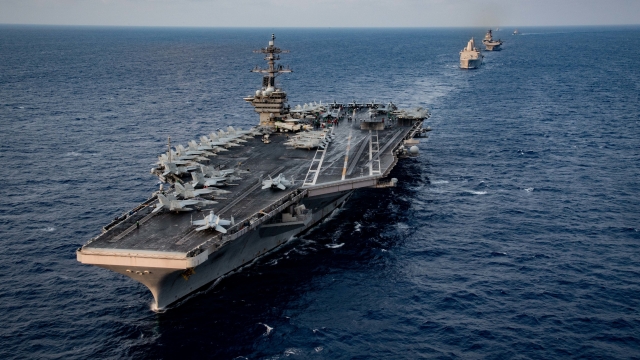 Three sailors aboard the aircraft carrier USS Theodore Roosevelt have tested positive for the coronavirus.

Acting Navy Secretary Thomas Modly said Tuesday the affected sailors were airlifted from the ship and flown to a U.S. medical facility in the Pacific region. Crew members who had contact with them are under quarantine. Modly said this is the first time U.S. sailors have tested positive for the virus while aboard a ship deployed at sea.

According to Chief of Naval Operations Adm. Michael Gilday, the Navy isn't sure if those sailors caught the virus during a recent stop in Vietnam because aircraft have been flying to and off of the ship. He said the Navy has canceled future port visits for all ships currently at sea; they'll only be allowed to make stops for maintenance or resupply.