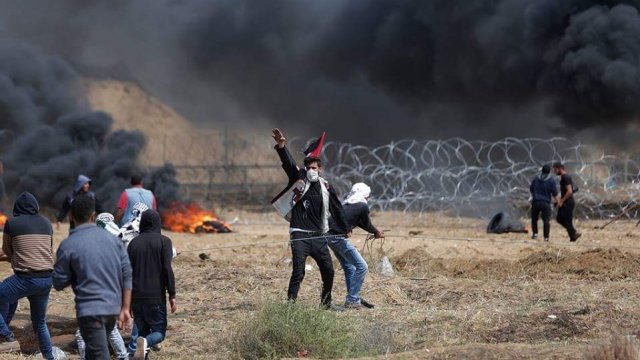 More Palestinians were killed in protests against Israel for the fifth Friday in a row.

Palestinians in Gaza have organized each week along the Israeli border fence to protest displacement and what they consider land confiscation after Israel's founding. Israel calls the gatherings riots and claims they're trying to infiltrate the country and commit acts of terror.

Palestinians were seen tearing down part of that wire barrier, and some made it to the actual border fencing. IDF soldiers opened fire, killing three and wounding hundreds.

The weekly protests, called the Great March of Return, are set to culminate on May 15.