3 Million Americans Carry A Loaded Firearm On Their Person Daily 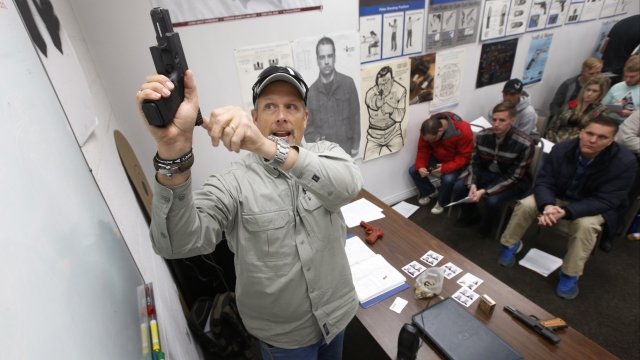 SMS
3 Million Americans Carry A Loaded Firearm On Their Person Daily
By Tyler Adkisson
By Tyler Adkisson
October 19, 2017
In the past 20 years, more states have allowed people to carry guns on their person in public. Some doctors say that could be a public health problem.
SHOW TRANSCRIPT

Of the roughly 38 million adult handgun owners in the U.S., 3 million have a loaded firearm on them every day, and 9 million say they do at least once a month. That's according to the first survey to ask gun owners about their carrying habits in more than 20 years.

Now, more states permit carrying a handgun. Nearly 16.5 million people currently hold a concealed-carry permit, a more than 250 percent increase from 2007. Fourteen states also have some form of constitutional carry laws on the books, meaning no permit is required.

The new survey reflected that upward shift, and found 80 percent of handgun owners said they owned a concealed-carry permit. 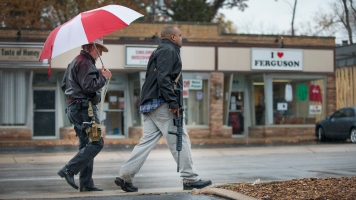 There were also some striking similarities among those who carried guns. An overwhelming majority of owners — about 80 percent — said they carried for protection.

Compared to gun owners who didn't carry, carriers were mostly male, were between 18 and 29, identified as conservative and lived in the South.

And even when gun owners don't have a firearm on them, they likely have one nearby. About 2 in 5 gun owners say they have a loaded firearm that's easy to access at home.