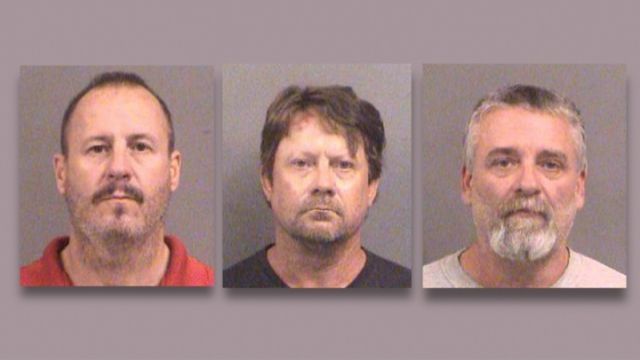 The men were arrested Friday with a stockpile of firearms and ammunition. Officials say they planned to carry out the attack on the complex — which also houses a mosque — the day after the election to "wake people up."

One of the men reportedly said, "The only good Muslim is a dead Muslim."

The foiled plot highlights a troubling trend in the U.S. — the rate of attacks on mosques is increasing.

Last year saw a record number of attacks: 34 were targeted in November and December alone.

There's a lot of speculation about what fueled that spike. Many say the rise could be due to possible retaliations for attacks carried out by alleged terror group supporters.

But others have suggested that anti-Muslim rhetoric surrounding the 2016 election cycle has something to do with it.

The acceptance of refugees has been a bone of contention among both political leaders and members of the public. Some have proposed an all-out ban on allowing followers of Islam into the U.S.

And neither of the two major presidential candidates have really laid out plans to fight the growing rate of Islamophobia.

As it stands, 2016 has seen the second-highest number of mosque attacks on record. There have been over 50 incidents targeting mosques so far this year.