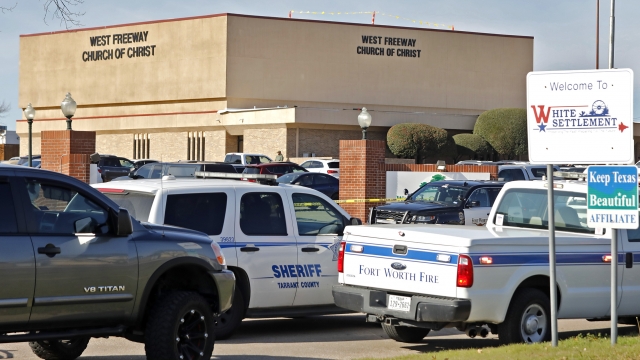 Two people are dead after a gunman opened fire inside a church in White Settlement, Texas, on Sunday.

The West Freeway Church of Christ was filming its service when the shooting occurred just before communion. The video shows the gunman seated in a pew, wearing dark clothing. He stood up, briefly spoke to someone in a back corner of the church and then started firing.

"A couple of members of the church returned fire — striking the suspect who died at the scene," White Settlement Police Chief J.P. Bevering told reporters.

The names of the two victims and the gunman have not been released. The FBI did say the gunman had been previously arrested in multiple jurisdictions.

Authorities praised members of the church's security team for stopping Sunday's shooting. Under a new law that went into effect back in September, licensed gun owners can legally carry those weapons inside places of worship.

"The citizens who were inside that church undoubtedly saved 242 other parishioners," said Jeoff Williams, the regional director for the Texas Department of Public Safety.