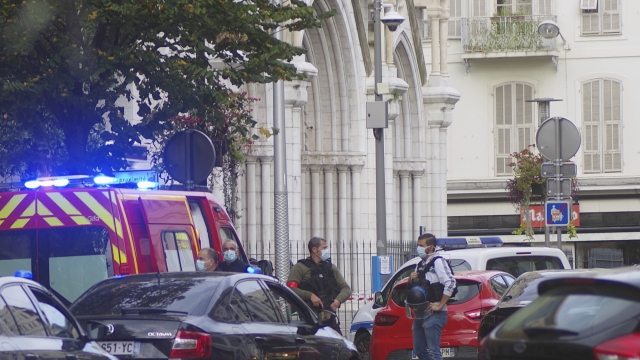 In Nice, France, a woman was beheaded during a knife attack at a church Thursday.

Two others were also killed and several more were injured.

The city's mayor says a suspect has been arrested and described the attack as terrorism.