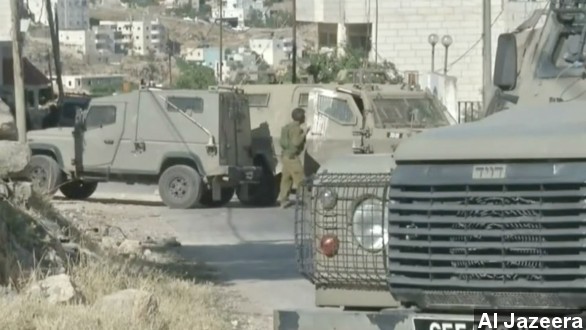 The search continues for three teenagers who went missing in the West Bank late Thursday night.

Officials believe three teens, all Jewish and between the ages of 16 and 19, could have been kidnapped. Al Jazeera reports they disappeared while they were on their way home from their religious school.

According to NBC, police in the West Bank have set up roadblocks between Gaza and Israel because they believe the teens might be in that area.

Israeli Prime Minister Benjamin Netanyahu says he is holding the Palestinian government responsible for the teens' safety. (Via BBC)

The Palestinians have denied responsibility for the missing teenagers. So far, The Times of Israel reports a jihadi group said it's responsible for the disappearance, but officials aren't sure whether the claim is authentic.

The outlet reports their names are Gil-ad Shaar, Elad Yifrach and Naftali Frenkel, who might be an American citizen. Authorities say they believe they're still alive.

Reports in Israel say Frenkel is an American citizen, but The Wall Street Journal says a U.S. Embassy spokeswoman wasn't able to confirm whether that's actually the case.

A spokesman for the Israel Defense Forces said in part Friday: "The main task for everyone involved is to ensure a safe and peaceful return of the boys."