3 Hybrid, Electric Cars That Can Get You A Speeding Ticket 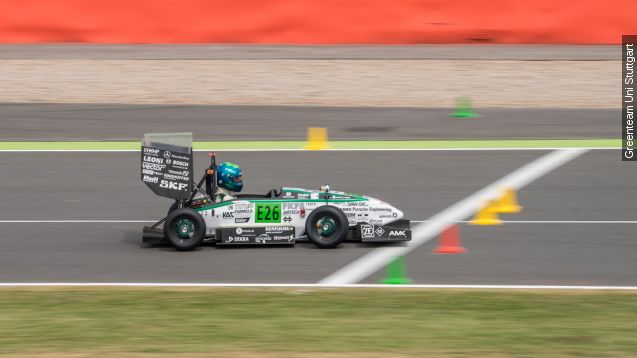 SMS
3 Hybrid, Electric Cars That Can Get You A Speeding Ticket
By Leah Becerra
By Leah Becerra
July 30, 2015
Not every hybrid or EV is slow. In fact, one of them just broke a world speed record.
SHOW TRANSCRIPT

When you think of fast cars, hybrids and electric vehicles are probably the last autos that come to mind. (Video via Toyota)

"The Toyota Prius, now ... it was one of the dullest drives of my life," said Jeremy Clarkson from Top Gear.

But the pokey Prius isn't the only hybrid or EV line out there, and it's nowhere near the fastest. Seriously, it's not even close.

This plug-in hybrid has been clocked jumping from 0 to 60 mph somewhere in the ballpark of 3.6 to 4.5 seconds, depending on the driving mode and the driver. (Video via EVO)

You've probably heard about this next car: the Tesla Model S. The price for Tesla's speed demon starts at $69,900 but goes up to as much as $125,000. Motor Trend also recently named it one of the "10 Greatest American Cars of All Time." (Video via IGN)

The plug-in EV rocked car enthusiasts' worlds when it flew from 0 to 60 in an amazing 2.8 seconds. But to go that fast you've got to pay for "ludicrous mode" — which is an extra $10,000. (Video via Car Throttle)

The last super fast, super green car is one you probably haven't heard of before. It's fully electric and was made by students at the University of Stuttgart. Oh, and it just set a new world record.

The students call themselves the GreenTeam, and the car they built can go from a standstill to 100 kph (which is about 60 mph) in 1.779 seconds.

That last car is still waiting to be confirmed by Guinness World Records. But when it finally does, it will dethrone a record from 2014 when a team took its all electric car from 0 to 60 in 1.785 seconds.