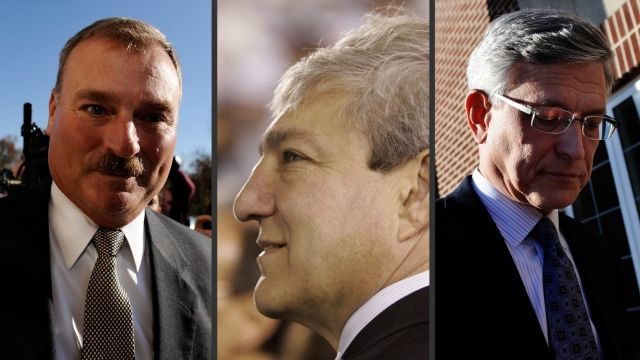 Three former Penn State administrators will go to jail after being sentenced in connection with the Jerry Sandusky scandal.

Schultz and Curley are facing a maximum 23-month sentence, while Spanier could spend up to one year in jail. All will serve additional time under house arrest after their release.

Spanier plans to appeal a child endangerment charge the other two pleaded guilty to. All three were also fined and sentenced to community service.

Prosecutors said all three administrators failed to tell authorities after they had reasonable suspicion that Sandusky, then the football team's defensive coordinator, molested a child. 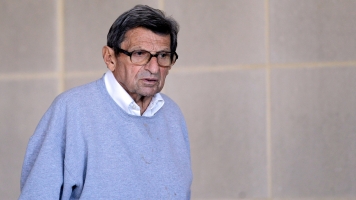 The judge said, "All three ignored the opportunity to put an end to Sandusky's crimes when they had a chance to do so."

All three issued statements apologizing to the victims, saying they wished they had done more to prevent further abuse by Sandusky.

Pennsylvania's attorney general said the verdict "leaves no doubt that there are consequences for failing to protect children in Pennsylvania."

Paterno died in 2012, but an investigation into the Sandusky scandal determined that Paterno tried to keep the story quiet so Penn State wouldn't look bad.