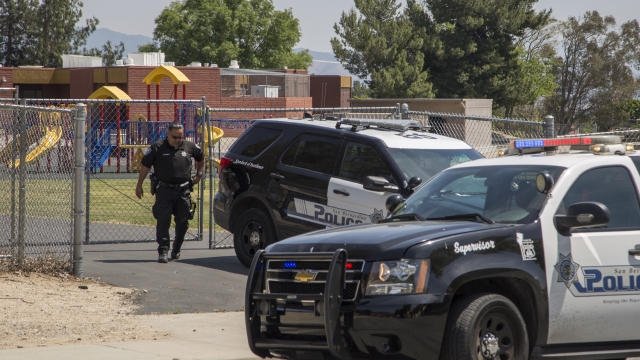 Three people, including a student, have died after a shooting at a California elementary school.

It happened at North Park Elementary School in San Bernardino on Monday morning.

Police say 53-year-old Cedric Anderson went into a special needs classroom and shot his estranged wife, Karen Elaine Smith, before killing himself. Smith, who was a teacher at the school, died.

"There are two students in the classroom that were behind the teacher that were struck by gunfire," said San Bernardino Police Chief Jarrod Burguan.

One of the children, 8-year-old Jonathan Martinez, died at a hospital. Another child, a 9-year-old, was in stable condition Monday evening.

When the shooting occurred, 13 other students and two teacher's aides were in the classroom. 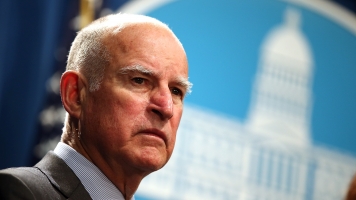 The school, which has about 500 students, was evacuated. Children have since been reunited with their parents.

"The school is a secure site. It is my understanding that he entered the office and he had simply said that he was there to drop something off with his wife. That is not uncommon for a spouse or something to do to gain access to a school campus to meet with their other spouse," Burguan said.

Police say Anderson and Smith were married for a few months and have been separated for the past six weeks or so.

"I'm told he does have a criminal history that has to do with weapons charges, domestic violence past as well as possible drug charges in there as well," Burguan said.

The school is expected to be closed for at least two days, the district's superintendent said.

San Bernardino experienced another mass shooting in 2015. A a radicalized couple killed 14 people during a Christmas party before police shot and killed them.