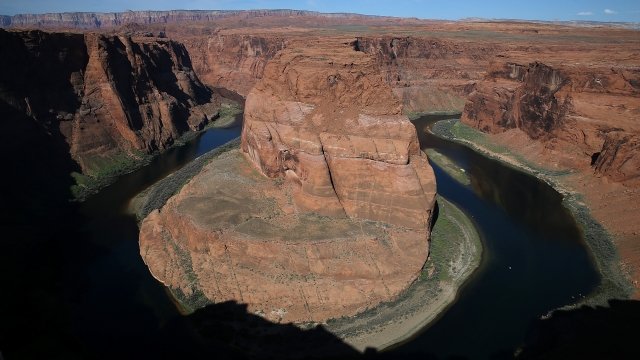 Three people have died at parks overseen by the National Parks Service since the partial government shutdown began last month.

On Christmas Day, a man died after slipping and falling into a river at Yosemite National Park in California, a National Park Service spokesperson told the Associated Press.

And a few days later, a woman was killed by a falling tree at Great Smoky Mountains National Park in Tennessee.

Previous administrations chose to close national parks completely during shutdowns for safety reasons. But the Trump administration has decided to keep them open. A spokesperson for the National Park Service says an average of six people die in the parks per week. But with a severe shortage of park rangers and other employees, some say the safety risks have increased greatly.

On top of safety issues, the lack of staff has left areas of Joshua Tree and Yosemite overflowing with trash and human waste.

Arches and Canyonlands in Utah have been closed because there isn't enough funding to plow the heavy snow that's been accumulating in the area.

And visitors have been spotted at several parks letting their dogs run off-leash in dangerous areas, vandalizing the wildlife and violating rules on where to camp.

The National Park Service has yet to comment on the deaths.