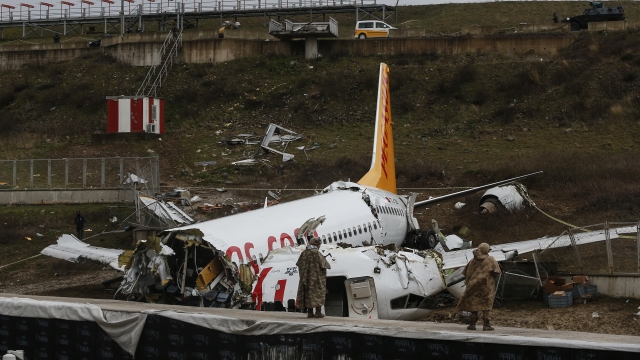 Three people have died and more than 170 others were injured after a Turkish plane skidded off the runway and crashed during landing on Wednesday.

Istanbul's governor said 177 passengers and six crew members were on board the plane. As of Thursday, the governor tweeted 92 people had reportedly been discharged from hospitals, while others were still being treated. Fourteen were in intensive care.

Turkey's Transportation Ministry said the Pegasus Airlines craft was unable to reduce its speed when it touched down at Istanbul's Sabiha Gökçen airport. Video shows passengers climbing out of the wrecked plane after it crashed into a ditch at the end of the runway. The plane caught on fire, but rescue workers were able to extinguish the blaze.

The airport was temporarily shut down following the crash, but has since reopened. The country's state-run Anadolu news agency said prosecutors in Turkey's capital have "launched an investigation into the incident."