Atlanta's Already Congested Highways Might Get Worse After Collapse 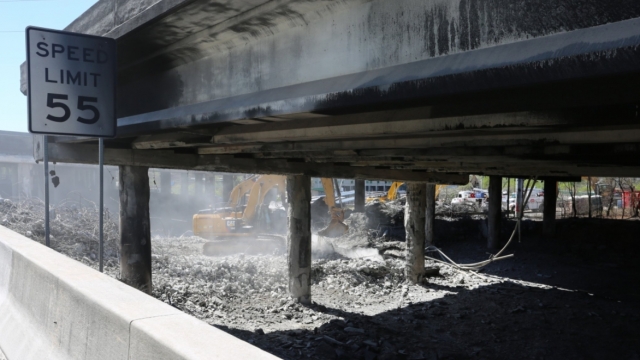 SMS
Atlanta's Already Congested Highways Might Get Worse After Collapse
By Ethan Weston
By Ethan Weston
April 2, 2017
Three people were charged in connection with the fire that caused a section of I-85 to collapse Thursday.
SHOW TRANSCRIPT

Three people are facing charges after a fire caused a chunk of Interstate 85 in Atlanta to collapse.

Investigators say the trio, all believed to be homeless, started the fire intentionally on Thursday.

Thirty-nine-year-old Basil Eleby was charged with first-degree arson. The other two — Barry Thomas and Sophia Brauer — have been charged with criminal tresspass.

Officials say that section of highway might be down for a few months — which is bad news for Atlanta. 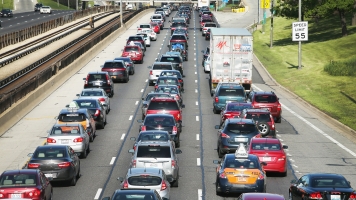 Traffic's Costing You More Than You Think, Especially In These Cities

There's probably going to be even more people in Atlanta this week. The Masters golf tournament starts Thursday in Augusta, and Atlanta has the closest international airport.

State officials have detour plans in place for commuters, but they're still warning drivers to expect significant delays.