3 Astronauts Back On Earth After 5 Months In Space 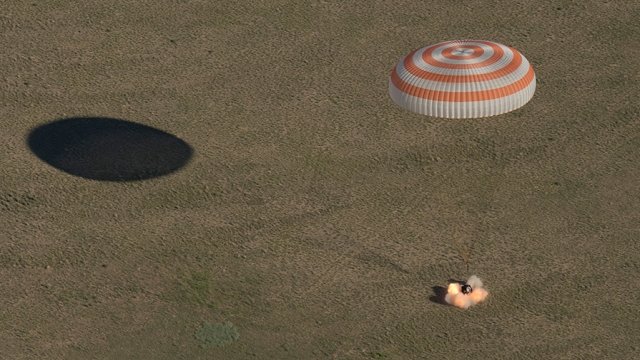 SMS
3 Astronauts Back On Earth After 5 Months In Space
By Ethan Weston
By Ethan Weston
June 3, 2018
NASA says they completed hundreds of experiments in those five months.
SHOW TRANSCRIPT

Three astronauts landed safely back on Earth on Sunday after 168 days in space.

The astronauts lived and worked aboard the International Space Station for over five months. There, they did a number of scientific experiments, including one meant to assess how microgravity affects bone marrow and another looking at plant growth in space.

This was the first mission for two of the astronauts — Japan's Norishige Kanai and the U.S.' Scott Tingle. A Russian cosmonaut was also on board. Anton Shkaplerov has spent 552 days total in space.

Shkaplerov set a Russian record in February when he and another Russian cosmonaut performed a spacewalk that lasted 8 hours and 13 minutes.