3,750 Additional Troops Being Sent To The US-Mexico Border 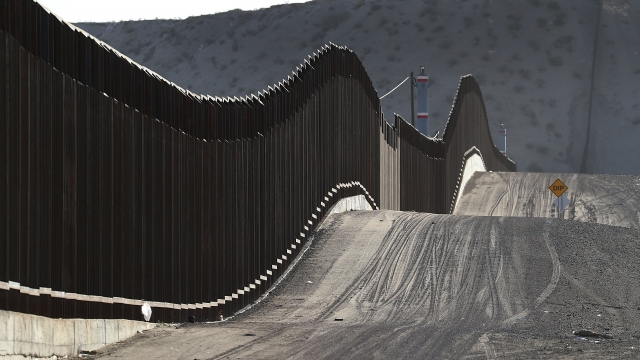 SMS
3,750 Additional Troops Being Sent To The US-Mexico Border
By Katie Cammarata
By Katie Cammarata
February 4, 2019
The extra troops bring the number of active-duty forces supporting Customs and Border Protection to 4,350.
SHOW TRANSCRIPT

The Department of Defense has confirmed that it'll send an additional 3,750 troops to the U.S.-Mexico border.

The extra troops bring the total number of active-duty forces supporting Customs and Border Protection at the border to 4,350. They'll be deployed there for about 90 days. Acting Defense Secretary Patrick Shanahan approved the deployment on Jan. 11.

The troops will be assisting with mobile surveillance capability and the placement of some 150 miles of barbed wire between ports of entry.

The Trump administration announced plans to deploy thousands of active-duty troops to the border back in late October in response to migrants who were traveling north through Mexico at the time. And reports at the beginning of January said the Department of Homeland Security asked the Defense Department for additional troops.

Defense officials have also recently extended the military's mission at the border through the end of September.

And now, another caravan of some 2,400 migrants from Central America is headed toward the U.S.-Mexico border.