$3.6M Wasn't Enough To Save This Mini-Drone Kickstarter Project 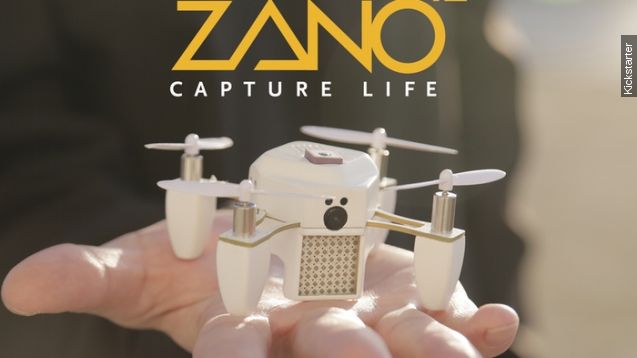 One of the most successful Kickstarter projects ever in Europe collapsed after a series of delays in delivering the promised product. Zano, a mini-drone able to take high-definition selfies from the air, had over 12,000 backers and raised almost $3.6 million. (Video via Torquing Group)

“Staggering images, video and panoramics, delivered directly to your smartphone. What if all of this was possible from a device that fits in the palm of your hand? Introducing Zano," a commercial for Zano says. (Video via Torquing Group)

Torquing Group made a statement Wednesday, which was available only to backers. According to the International Business Times, it said the company claimed it had explored all options but still decided to liquidate. (Video via Torquing Group)

After the announcement, backers set up a Change.org petition to demand their money back from Torquing Group and claimed "deceptive practices."

But a Kickstarter representative told Quartz: "There are no guarantees that a project will work out. This is why we tell everyone before they back a project that Kickstarter is not a store."

Some other failed projects that have taken a toll on Kickstarter's credibility include the 2013 password manager dongle that raised $3.5 million and the Kreyos smartwatch that fell through that same year after raising $1.5 million.