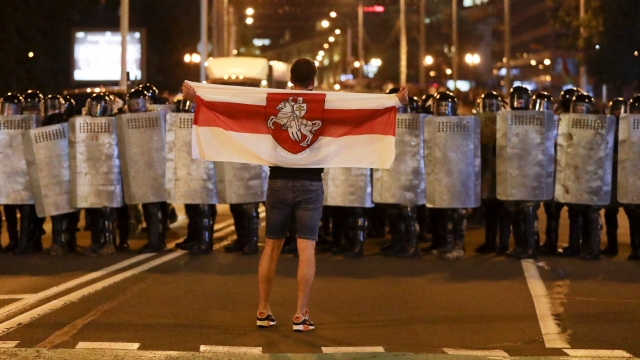 A second protester has died in police custody amid a violent police crackdown on post-election protests in Belarus.

Officials say the country's authoritarian president won a sixth term in a landslide. But no international observers were allowed in and opposition leaders accuse authorities of faking the election results.

Thousands of people have protested in the streets of several Belarusian cities and towns since Sunday night. Groups of hundreds of people formed human chains. Protesters ran into rows of riot police who quickly dispersed crowds — firing flash-bang grenades and beating protesters with batons.

Belarus has a history of brutal crackdowns on dissent around elections.