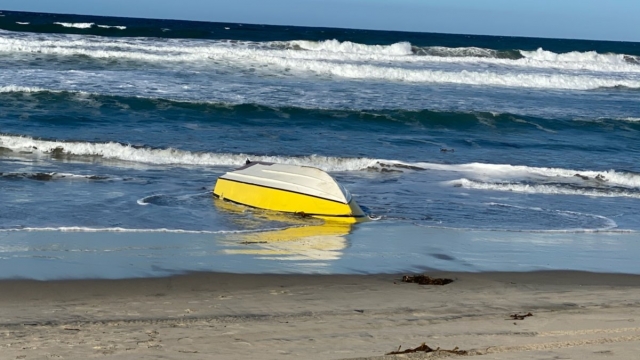 A 44-year-old Mexican national has died after being rescued off the coast of San Diego by U.S. Customs and Border Protection.

U.S. Border Patrol announced his death in a statement Wednesday.

This is the second death related to a maritime human smuggling incident on Monday. Border Patrol said it responded to a distressed vessel that had capsized in strong waves.

Agents said they found seven people in the water, and two needed "life-saving measures." A 62-year-old Mexican national was pronounced dead upon arrival at a local hospital.

A Border Patrol sector chief said of the deaths: "Maritime smuggling is extremely dangerous and smugglers place an emphasis on monetary gain over victim safety. I commend all those involved who did everything they could in an attempt to save these victims' lives."