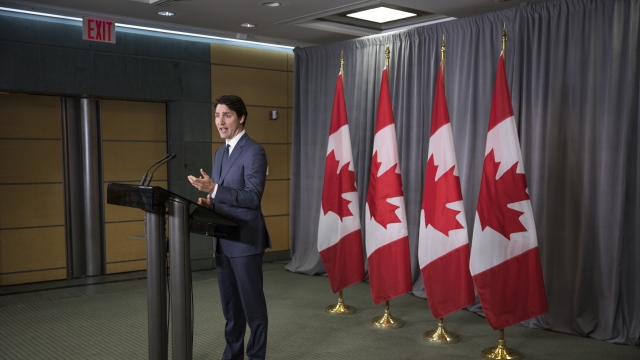 Treasury Board president Jane Philpott said in her resignation letter she can no longer support the government and its policies as it deals with with accusations of political bribery.

In her testimony before a parliamentary justice committee, Wilson-Raybould accused Trudeau and his office of pressuring her to offer Montreal-based engineering and construction company SNC-Lavalin a settlement.

SNC-Lavalin has been accused of paying millions of dollars in bribes to Libyan officials between 2001 and 2011 to win government contracts in Libya. The company is also accused of defrauding Libya's government out of millions.

Wilson-Raybould said Trudeau and members of his administration claimed taking the case to court could cost thousands of Canadian jobs. She also accused Trudeau of reassigning her to the job of Minister of Veterans Affairs, a move seen by many as a demotion.

The prime minister has faced calls to resign in light of the accusations. Trudeau said of the allegations, "Concerns of this nature must be taken seriously and I can ensure you that I am."