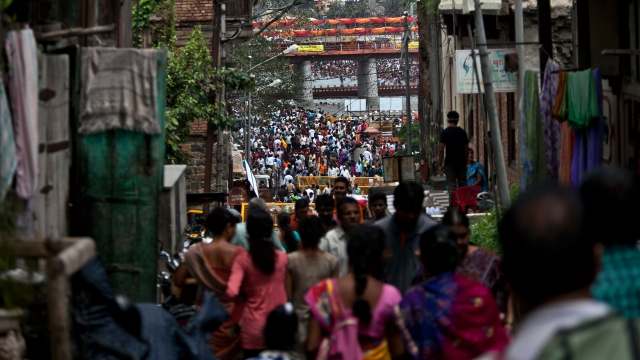 Nearly 2 million people are at risk of becoming stateless after being left off an Indian citizens list.

The National Register of Citizens, or the NRC, just published its list of Assam residents. The finalized registry is the result of a multiyear exercise to identify undocumented immigrants in one of India's poorest states.

Assam is home to many immigrants from Bangladesh, which is predominantly Muslim. Many advocates believe the updated registry is meant to force Muslims out of the state.

To get on the citizens list, Assam residents reportedly had to provide proof that they or their ancestors had lived in India since before 1971. That's the year hundreds of thousands of Bangladeshi immigrants fled to India after Bangladesh split from Pakistan.

Back in July, Assam's government said the NRC process was "meticulously carried out in an objective and transparent manner. Adequate opportunity of being heard has been given to all persons at every stage of the process. The entire process is conducted as per statutory provisions and due procedure followed at every stage."

The nearly 2 million people have 120 days to provide proof of their citizenship. Activists worry those who aren't already on the list could face persecution, jail time or deportation.