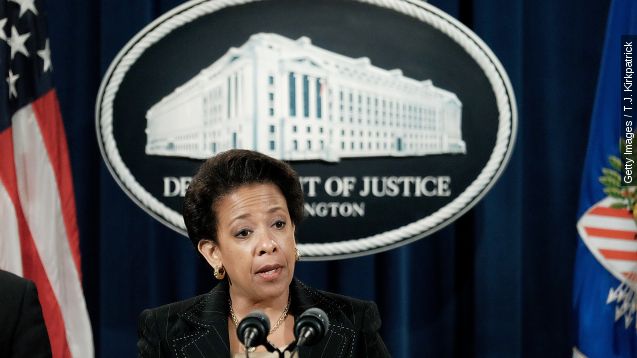 The individuals included doctors, nurses and other medical professionals. They were arrested for allegedly participating in fraud schemes that resulted in $712 million in false billings.

"In one of the more egregious allegations ... the owners of a mental health facility in Miami billed for intensive psychotherapy sessions that resulted in tens of millions of dollars in reimbursements for the doctors based on treatment that was nothing more than moving patients to different locations. Several of these patients suffered from illnesses like Alzheimer's and dementia and were unable even to communicate with their supposed caregivers," Lynch said.

The Justice Department says this is the largest coordinated takedown in the Medicare Fraud Strike Force's history, "both in terms of the number of defendants charged and loss amount."

The defendants are charged with various crimes, including conspiracy to commit health care fraud, money laundering and aggravated identity theft.

This was a nationwide sweep, meaning the cases for all 243 defendants aren't necessarily connected. The Justice Department listed 17 separate regions where its strike force team made arrests.