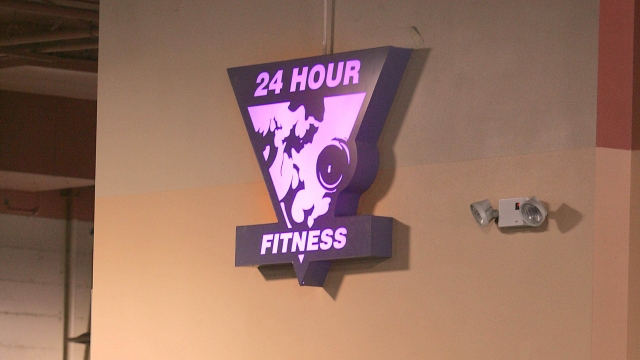 SMS
24 Hour Fitness Files For Bankruptcy
By Gage Jackson
By Gage Jackson
June 15, 2020
The national fitness chain will remain in business but will permanently close about 130 gyms across the U.S.
SHOW TRANSCRIPT

24 Hour Fitness filed for bankruptcy on Monday just days after announcing it would be closing about a quarter of its gyms--around 130--across the U.S.

The company filed for Chapter 11 protection which doesn't necessarily mean it will be going out of business. Instead, the court-supervised restructuring will attempt to reduce the company's debt load and cut costs.

24 Hour Fitness secured around $250 million in funding to reopen some locations and resume business after being forced to close for months amid the pandemic. It expects the majority of its remaining 300 or so clubs to be open by the end of June.

CEO Tony Ueber said in a statement, "If it were not for COVID-19 and its devastating effects, we would not be filing for Chapter 11. We expect to have substantial financing with a path to restructuring our balance sheet and operations to ensure a resilient future."

24 Hour Fitness joins a number of other gyms that have struggled from closures amid the pandemic. Golds Gym also filed for bankruptcy in May after permanently closing 30 of its locations a month earlier.

But many of these middle-tier gym chains were faced with struggles long before the pandemic.  Some people are now looking for more wallet-friendly fitness clubs or home workout alternatives such as Peloton, which reported a 66% surge in revenue during the pandemic.