24 Dead, Dozens Missing After Flooding And Landslides In Indonesia 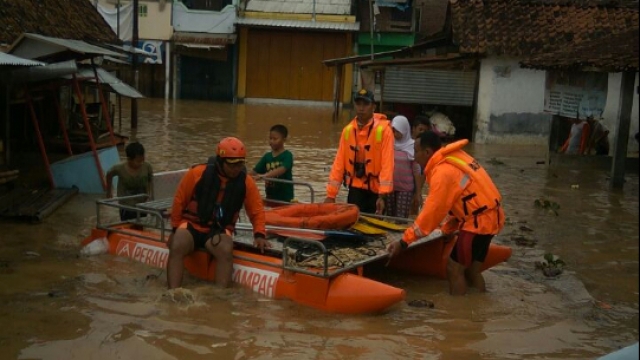 SMS
24 Dead, Dozens Missing After Flooding And Landslides In Indonesia
By Melissa Prax
By Melissa Prax
June 19, 2016
Heavy rains prompted flooding and landslides in Indonesia that have killed at least 24 with dozens more missing.
SHOW TRANSCRIPT

At least 24 are dead and dozens more are missing in Indonesia after flooding and landslides.

The country's disaster management said heavy rains since Saturday caused 16 cities in the Central Java province to be hit with floods and landslides.

Currently, search efforts and aid are underway for those missing.

Just days before the Central Java rains, West Sumatra — located on one of the country's other islands — saw thousands of homes left underwater or washed away from heavy rainfall.

That flooding has subsided in West Sumatra, but Indonesia's disaster management said with more rainfall predicted it was extending the emergency response until Friday.

While Indonesia is typically exposed to various weather disasters — like cyclones and monsoons — June is actually part of its dry season.