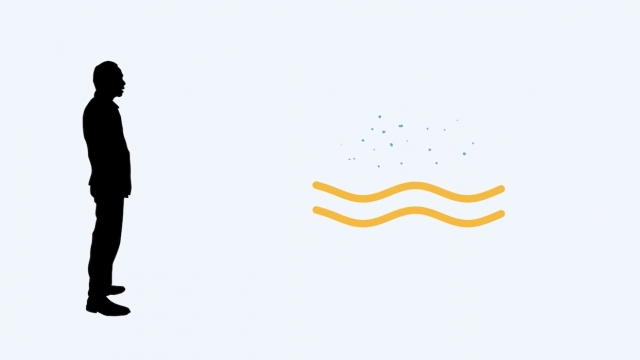 SMS
239 Scientists Challenge WHO, Assert COVID-19 Spreads Through Air
July 6, 2020
Hundreds of scientists say the coronavirus can spread by even the tiniest droplets — and they're urging public health bodies to address that.
SHOW TRANSCRIPT

Hundreds of scientists say there's evidence that the novel coronavirus spreads by even the smallest air droplets — and they're calling on the World Health Organization and other public health bodies to address that.

In an open letter published in a scientific journal, 239 scientists from 32 countries say the virus can spread when we talk, laugh or sing and float in the air for some time, where it can be inhaled deeply into the lungs. That means particles can spread farther than previously thought.

The WHO has long held that the virus "spreads primarily from person to person through small droplets from the nose or mouth," which spread when an infected person coughs, sneezes or talks. But it doesn't mention infectious particles lingering in the air.

"The functional difference here is droplets come from sneezing and coughing and they are large droplets and they fall to the ground or they fall onto surfaces," said Ashish Jha, director at Harvard's Global Health Institute. "Aerosolized transmission, which happens while people are speaking, while people are singing, they actually are a pretty substantial sources of spread. Aerosols can hang out in the air for much longer. They can go further than 6 feet."

In a statement to Newsy, WHO said it is "aware of the article and are reviewing its contents with our technical experts."

Scientists say the airborne nature of the virus is not news, but public health organizations seem reluctant to recognize that.

"If you call this aerosol-driven, it has all sorts of implications for what kind of ventilation hospitals should be doing and what kind of masks doctors and nurses should be wearing," said Jha.

Early on in the disease outbreak, there was debate in the scientific community about whether coronavirus spreads through respiratory droplets or by aerosols.

The scientists who wrote the letter say current guidelines are "insufficient to provide protection."

To limit airborne transmission, they call for improved ventilation, social distancing and mask-wearing.