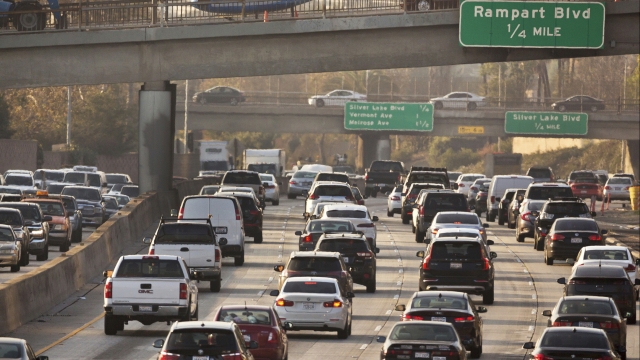 Twenty three states and the District of Columbia are suing the Trump administration, charging that it's endangering public health by rolling back auto fuel efficiency standards.

President Donald Trump in March weakened standards, set by President Obama, that would have required car makers to accelerate production of high-mileage vehicles.

President Trump branded the Obama policy as excessive regulation and claimed it would inflate car prices for consumers.

In a statement, Becerra said, “Vehicles are the biggest contributor to greenhouse gas emissions in America, and pollution-related respiratory illnesses make people more susceptible to Covid-19.”

The Trump administration rule sets a national goal for producing cars averaging 40 miles per gallon by 2026. The Obama rule was far more demanding. It called for an average of 54 miles per gallon.

Two major automakers, General Motors and Toyota, backed the Trump administration rollback. But Ford, Honda, BMW and Volkswagen agreed to the higher standards. They signed a deal with California - the nation's leading automotive market - to uphold them.