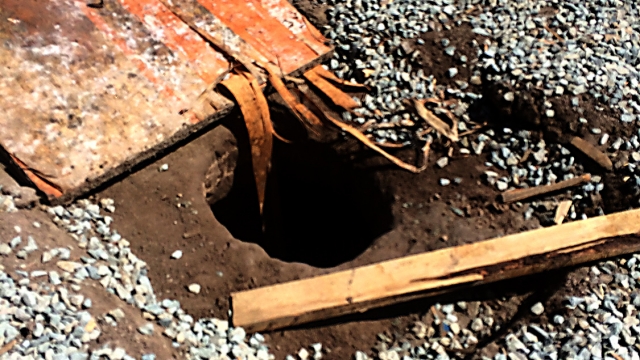 Authorities say smugglers used a half-mile tunnel to haul $22 million of cocaine and 7 tons of marijuana from Mexico to the U.S.

This is the longest drug-smuggling tunnel ever discovered along the California-Mexico border.

Officials arrested six people Friday and seized more than a ton of cocaine and around 7 tons of marijuana. Officials say the cocaine alone is worth about $22 million.

The narrow tunnel spans more than 800 yards but could be even longer because its route zigzags.

The opening on the U.S. side was discovered in a lot full of wood scraps in San Diego. Officials say the tunnel started in a home in Tijuana and had a fully functioning elevator leading into it.

The tunnel entrance on the San Diego side was just a small hole in the ground that was covered with a large dumpster.

Officials say tunnels are being used more and more to ferry drugs into the U.S. This discovery comes the same week border patrol agents found a much smaller tunnel that crossed the California-Mexico border.

This video includes images from the U.S. Attorney's Office.