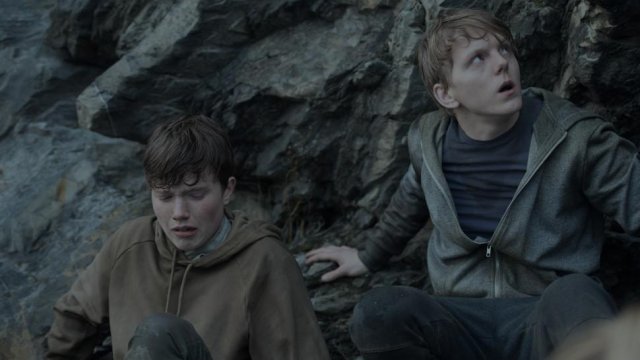 By Matt Picht
October 22, 2018
"22 July," a look at how Norway responded to a 2011 terrorist attack, comes as the far-right is steadily gaining power in Europe.
SHOW TRANSCRIPT

"22 July," a new drama from Netflix, centers around a real terrorist attack: the 2011 bombing and mass shooting in Norway committed by far-right terrorist Anders Behring Breivik, which left 77 people dead and more than 300 injured.

It's the latest film from director Paul Greengrass, who's known both for his work on the Jason Bourne movies, as well as other based-on-a-true-story dramas like "United 93" and "Captain Phillips."

Greengrass told Newsy, "There's a political nature to what Breivik did, that demands attention, demands that we engage with it."

Greengrass says there are echoes of the 2011 attack in today's politics. Breivik has claimed he felt motivated to stop Muslim immigration in Norway, and said his attack was targeted at Norwegian politicians and their children, for promoting multiculturalism in the country.

Greengrass said, "Breivik was an original member of the alt-right, if I can put it like that. Of course, his heinous crimes, his methods, are disavowed by many, though not all, of that movement. If you look at what Breivik has to say, that is standard rhetoric now for your mainstream populist right-wing politician." 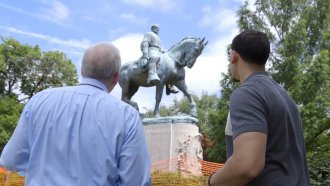 Today, far-right populist parties and leaders are currently ascendant across Europe, driven by similar anti-immigrant sentiments. For Greengrass, their rise represents an existential threat to democracy.

"We're not talking about left and right, conservatism vs. liberalism, we're talking about democratic or anti-democratic," Greengrass said. "And increasing numbers of people right now are starting to think about solutions beyond democracy."

"22 July" approaches this topic by focusing on the aftermath of Breivik's attack, displaying the recovery process for two of the victims and the country as a whole.

And her co-star, Jonas Strand Gravli, said about playing survivor Viljar Hanssen, "I felt a huge responsibility to show Viljar's bravery and the focus he had in the recovery. He went into this room in the court, and sat down face-to-face with the guy who wanted him dead and shot him five times. It's impossible to imagine that kind of bravery."

Breivik's trial plays a central role in the film. Greengrass says the court testimony from survivors of the attack at that trial was a crucial part of helping the country heal.

"We've probably become a little bit complacent that democracy is just what happens. It isn't. Democracy happens if you will it into being and you win the arguments for it. And if we ignore forces that are absolutely taking the center of our democracies with malign intent, and we just pretend it's not happening, we're going to make the problem worse, not better."