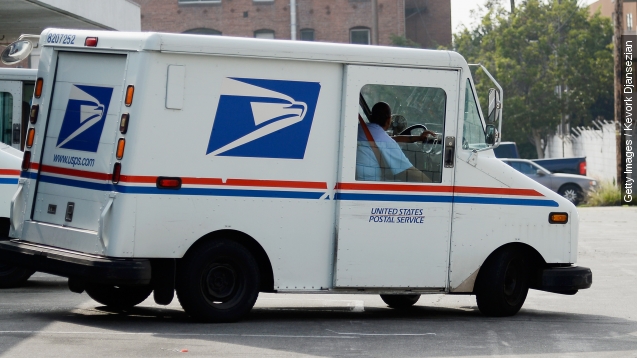 The U.S. Postal Service may say that, but that's not what happened to more than 22,000 pieces of mail.

Federal prosecutors say 48-year-old Patrick D’Ambrosio, a Postal Service worker, never delivered thousands of pieces of mail. Letters and packages were found in his car and in trash bags inside his Philadelphia home.

"The arrest is causing a big stir in Tacony," a KYW-TV anchor said regarding the incident.

"That's a lot mail. That is a lot of mail," one Tacony resident said.

"I had no idea this was going on in this zip code," another resident, Angel Davila, said.

22,500 pieces of undelivered mail seems like a lot, especially because prosecutors say D'Ambrosio hoarded the mail in an eight-month period from May 2014 through January 2015.

But considering the Postal Service processes and delivers more than 512 million packages a day, 22,000 seems like child's play.

Authorities found thousands of letters, five treasury checks, 2,500 nonprofit letters and hundreds of pieces of political mail in the haul.

D’Ambrosio has been charged with one count of obstruction of mail. If convicted, he faces a maximum sentence of six months in prison, a fine, or both.