9/11 Memorials Stretch Across The U.S. To Honor And Educate 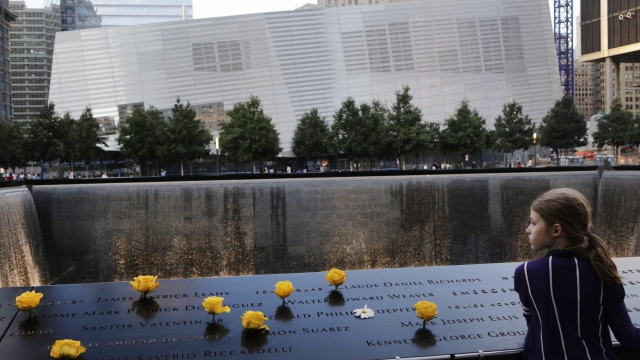 SMS
9/11 Memorials Stretch Across The U.S. To Honor And Educate
By Adi Guajardo
By Adi Guajardo
September 9, 2022
As we inch closer to the 9/11 anniversary, memorials will become a gathering place – for people to mourn and for younger generations to learn.

"You could smell death in the air," 9/11 Remembered The Traveling Memorial CEO Erick Robertson said.

Moments of terror are etched into a span of generations in our nation.

"I recovered bodies every day, all day," Robertson continued.

He did two tours on Ground Zero and launched a mission to help people across the U.S. understand the gravity of the tragedy using a mobile memorial with artifacts. 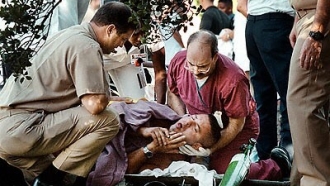 "We carry on the tradition of honoring the victims, the survivors and everyone that played a hand in it that day," he said.

Twenty-one years ago, 19 terrorists hijacked four commercial planes. They crashed two into the Twin Towers of the World Trade Center; a third plane into the Pentagon, and a fourth plane into a Pennsylvania field.

Nearly 3,000 people were killed, and hundreds more who responded to the call later died.

Thousands of steel parts from the World Trade Center were turned into tributes across all 50 states.

"The numbers are a little bit fuzzy, but there's at least a thousand registered memorials across the United States," Roberston said.

Those monuments pay tribute to lives lost and first responders.

Eddie Jones is an architect and the team leader for "Moving Memories," which is a 9/11 memorial in Phoenix, Arizona.

"Collectively, we were very proud that Arizona was one of the first to send first responders — firefighters mostly," he said.

His team is focused on creating a timeless work of art using a natural source of light. As the sun moves, it reveals inscriptions that describe experiences, emotions, and reactions from Arizonans to the devastation.

"It's able to speak of the tragedy and remind us of how emotional it was and how those emotions varied, from revenge to forgiveness," Jones continued. 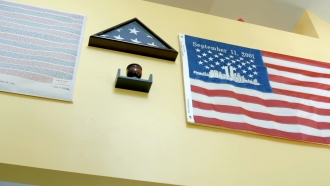 Educating The Next Generation On 9/11

The circular canopy outlines two timelines: what happened and what followed.

"We worked with the widow of the one Arizonian that was killed at the memorial, as well as two brothers of victims who lived here in Arizona, as well as the families of victims of hate crimes that happened," memorial architect and artist Maria Salenger said.

Memorials across the country vary in size and cost and design.

At one in Phoenix, every September, 11 at noon, the sun shines a light on a salvaged piece of steel from Ground Zero.

Beneath it, is brick rubble from the Pentagon attack and soil from the flight that crashed in Pennsylvania. 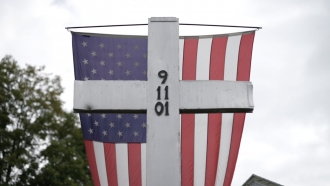 How 9/11 Changed This Pennsylvania Town

Each memorial is unique, but they all share a purpose to educate new generations and give a mourning generation a permanent place to reflect.

"When we make memorials, it's to keep that honor and that vigil that's going to recognize heroes and people and significance in our lives so that they are not forgotten the way we knew them in their real lives," Robertson said.

He told Newsy to this day, memorials honoring the victims of 9/11 are still going up.

He plans to attend a bridge dedication this weekend. 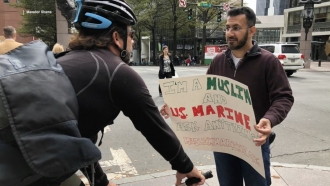