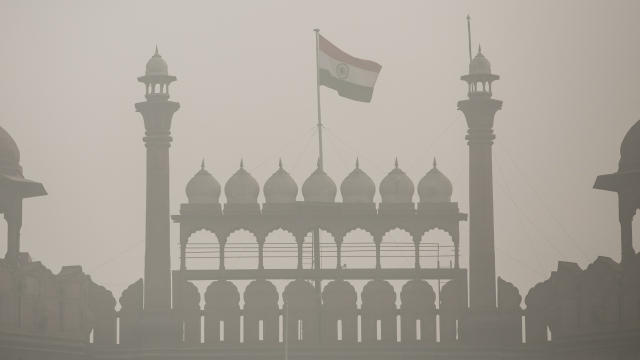 Two-thirds of the 30 worst cities in the world for air pollution last year were in India, according to a new report. Six cities in India are in the top 10.

The data was released Tuesday by AirVisual, an air quality watchdog. Delhi was ranked the fifth most polluted city in the world, while a satellite of Delhi— Ghaziabad — was the worst. Ghaziabad's pollution was nine times more what the EPA considers healthy.

Officials in New Delhi declared a public health emergency because of smog in November. They implemented emergency measures, like limiting the number of vehicles on the road, to tackle the issue.

All of the top 30 polluted cities were in Asia. Hotan, China was the second most polluted.

And while India had the most cities on the air pollution list with 21, it was only the fifth most air polluted country overall. The country at the top of that list was Bangladesh.