21,000 Residents In NYC Were Without Power Amid Heat Wave 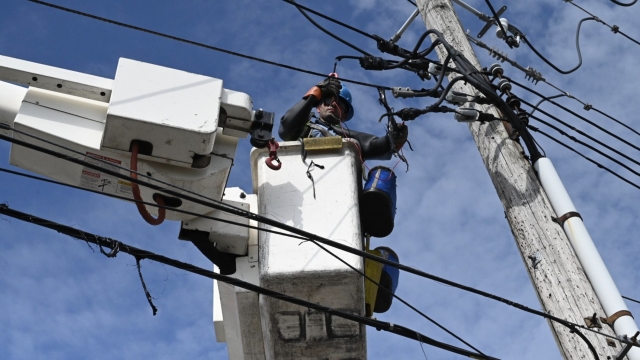 Over 21,000 people in New York were still without power Monday afternoon. The power outage started late Sunday as a result of high usage during a dangerous heat wave, according to Con Edison.

The utility company says 14,000 of those who were without power were in Brooklyn, including neighborhoods such as Canarsie, Flatlands, Mill Basin, Old Mill Basin, Bergen Beach, Georgetown and part of East Flatbush. The other 7,500 customers were throughout the city and Westchester County.

On Monday morning, NYC Mayor Bill de Blasio said the intense heat wave, which reached temperatures of 100 degrees, was "obviously a predictable situation and therefore preventable" in contrast to another power outage last week that "came out of nowhere."

Con Edison said the power outage on July 13 happened because its system did not operate as it was designed to. De Blasio and New York Gov. Andrew Cuomo have called for a full investigation, but Con Edison's president, Timothy Cawley, said that could takes several months.

After the latest power outage, a spokesman for Con Edison told The New York Times the system was "really baking" on the third day of the heat wave and that the company decided to pull electricity in some areas to prevent severe damage.

Con Edison has been releasing updates through statements as it continues to work to get power back on. Around 53,000 customers lost power Sunday night, and Con Edison said in a statement it had restored service for over 30,000 in the wee hours of the morning Monday. It said the last 5,000 would be restored sometime Monday evening local time.

The utility company says it's providing dry ice for customers affected by the heat wave. It said: "We are completely focused on getting customers back in service, and we regret the distress they are under. The actions we took were necessary to prevent longer outages to the impacted customers that would have occurred as a result of additional equipment damage.”

De Blasio said he wants compensation for customers affected by the outage, including elders and those vulnerable to the heat. He said, "Bottom line: this should not have happened, and we're going to make sure this doesn't happen again."