2022 Midterms: What To Watch In South Carolina Primary 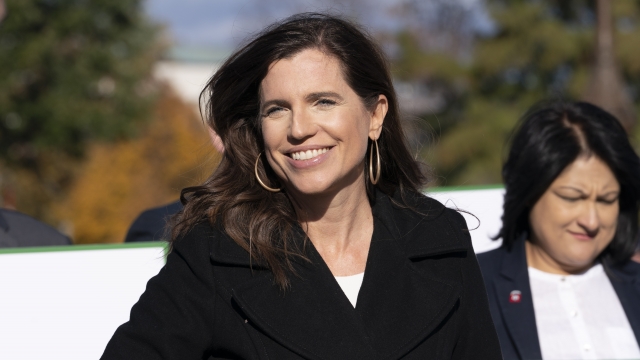 Primary voters on Tuesday will decide the fate of two South Carolina Republicans who are clinging to their seats in the U.S. House after defying Donald Trump.

Loyalty can be a fickle thing for Trump. And a perceived lack of it is the driving force behind heated primary challenges.

But shortly after her swearing-in, a pro-Trump mob stormed the U.S. Capitol, and Mace went on national TV to declare that Trump’s “entire legacy was wiped out” by the attack. Trump was furious and recruited a challenger, former state Rep. Katie Arrington, who helped oust Mark Sanford from the U.S. House in 2018.

In Congress, Mace has sought to mend fences — sort of. She voted against Trump’s second impeachment and opposed the creation of a 9/11-style commission to investigate the origins of the Jan. 6 attack, which was inspired by Trump’s lies about a stolen election.

But she also voted to hold former Trump campaign manager Steve Bannon in contempt of Congress for refusing to cooperate with the Jan. 6 investigation. And she has feuded publicly with Republican Rep. Marjorie Taylor Greene of Georgia, a far-right flamethrower and Trump acolyte.

Mace is not the only South Carolina candidate to draw his ire.

Trump also solicited challengers to primary U.S. Rep. Tom Rice, after he voted to impeach the president over the Jan. 6 insurrection. Now Rice is facing six other Republicans, all of whom have cited the impeachment vote as a chief motivator to their campaigns.

Trump eventually settled on endorsing state Rep. Russell Fry, who has run TV ads likening Rice to villains including Satan. Fry told voters during a recent debate that “we’re going to vote to impeach Tom Rice at the ballot box.”

Rice, on the other hand, has focused on important but far more mundane matters, like his successes securing flood remediation funding and assistance for the region’s farmers over his five terms in office.