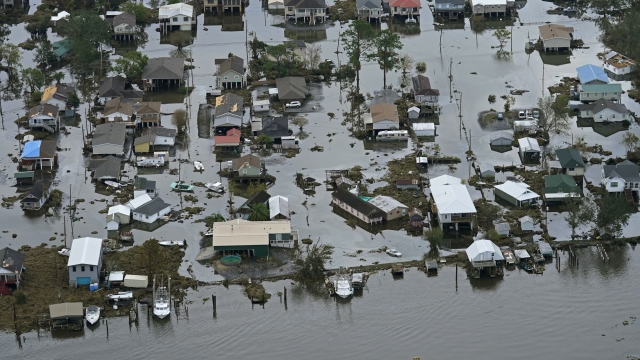 It's been a busy six months but the 2021 Atlantic hurricane season finally ends on Nov. 30.

The season officially kicks off June 1 but Tropical Storm Ana jump-started the season in late May.

The National Hurricane Center named 21 storms this year — starting with Ana and ending with Wanda. There were seven hurricanes — which is about average — but is only half of the record-breaking 2020 season.

Based on the number of named storms, this was the third busies season on record behind last year and 2005. This year there were three Category 1, two Category 3 and two Category 4 hurricanes.

The most powerful storms were Hurricane Sam and Hurricane Ida. Sam was a fish storm in the Northern Atlantic but Ida ravaged Louisiana.

Ida hit the state with 150 mph sustained winds and killed at least 82 people across the country. It also destroyed large sections of Louisiana's electrical grid — knocking down transmission towers. Neighborhoods were flooded for weeks.

Most of the deaths occurred in the Northeast. Flash flooding from Ida's tropical rains drenched the region — submerging cars, subway stations and homes.

Saharan dust in the air over the Atlantic Ocean and the La Niña system helped to slow the season. By the end of September, the tropical depressions, storms and hurricanes had cost more than $105 billion in damages.

Experts believe the 2022 hurricane season could continue the trend of starting a few weeks earlier than usual.