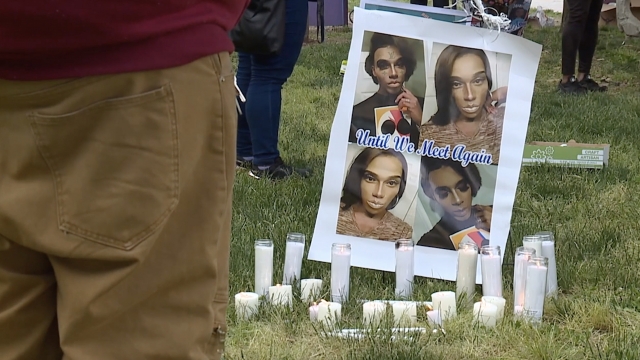 Described by some as an epidemic of violence, Black transgender deaths are rising year after year.

Silas Leslie worked with Malary as a member of Chicago Therapy Collective, which is an LGBTQ advocacy organization co-founded by Malary.

"On days like this, Trans Day of Visibility, we need to kind of acknowledge the dangers and privilege that come with being able to be visible, being able to be out," Leslie said. "It is an unfortunate tragedy that self-advocacy and you know, being yourself, being who you are, is something that comes — at times — at a great price."

According to Human Rights Campaign, 2020 was the deadliest year on record for transgender people that is until 2021, when that record was broken again.

At least 57 transgender people were killed in 2021. Of that group, 84% of the victims were people of color.

"Trans women have always been killed," she said.

Cooper says there are many solutions to help end the ongoing violence against transgender people — from LGBTQ-focused legislation to better data collection — but a big one is simply ending the stigma against this community.

"Once you get to know us, it becomes much more difficult for you to discriminate against us," Cooper continued. "You can't say, 'Well, I don't know any trans people. I don't understand trans people,' because suddenly, you realize that we're your cousins and your nieces and nephews and your siblings and even your parents."

That's why she says events like a trans-visibility pageant are so important to honor those who are a part of the community and introduce themselves to those who aren't.

Zahara Bassett is the creator of the Chicago Trans Visibility Pageant.

"We are all human," Bassett said. "Regardless [of] our sexual identities or chosen life choices or whatever, we're still human, and we should be treated like human. So, that's why visibility is important because we're not treated as human. We [are] dehumanized daily by society."

Along with a talent showcase and formal wear presentation, the pageant gives out awards to trans activists in Chicago.

One of those awards was to have been given to Malary.

"Well, it's hard to celebrate in the midst of mourning, to be honest with you," Bassett said. "It's pivotal to honor Black trans women and trans people, period, and the work that they're doing, whether the frontline or in the background because we're still providing access to people and that's what Elise was doing."

Malary family accepted her award on her behalf.

The Chicago Police Department has not announced suspects or made any arrests in the investigation of Malary or Labelle's deaths.