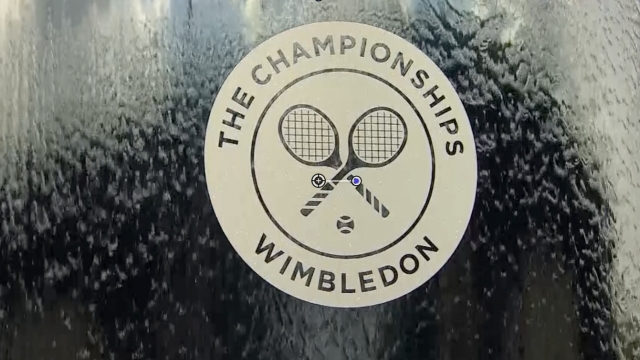 SMS
2020 Wimbledon Canceled Amid Coronavirus Fear
By Gage Jackson
By Gage Jackson
April 1, 2020
The decision to cancel the tournament came just hours after England reported the most deaths from the virus in a 24 hour period.
SHOW TRANSCRIPT

The 2020 Wimbledon tennis championships, which were scheduled to begin at the end of June, have officially been canceled due to the coronavirus pandemic.

The Main Board of the All England Club made the announcement Wednesday, marking the first time the event has been scrapped since World War II. And the first time ever it has been canceled during a time of peace.

Chairman Ian Hewitt said, "This is a decision that we have not taken lightly, and we have done so with the highest regard for public health and the wellbeing of all those who come together to make Wimbledon happen."

Eight-time champion Roger Federer said on Twitter that he was simply "devastated" by the news.

The decision came hours after health officials in England announced 563 coronavirus-connected deaths, a record for a single day.

Now, the 134th annual hosting of the tournament will have to wait another year to be played. It is currently slated from June 28 to July 11,  2021. For Newsy. I'm Gage Jackson.