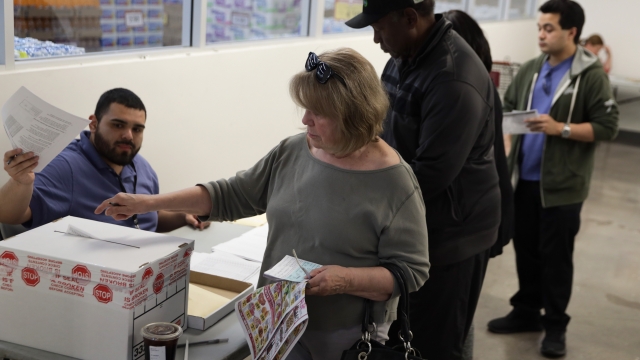 Nevada will be the third state to weigh in on the 2020 presidential candidates with its "first in the West" caucuses.

The state's Democratic caucuses will work largely the same way as Iowa's. Anyone who will be 18 years old by Election Day is allowed to participate, and they must be registered as a Democrat.

On Feb. 22, caucusgoers will gather at more than 250 locations around Nevada. Participants will divide into groups around the room to declare who they think the party's nominee should be. That first vote will determine candidate viability, and 15% support will be the minimum in most locations. Anyone standing with a candidate who's deemed non-viable will then be able to change their support to another presidential hopeful. The results of the second alignment will be used to award the state's delegates.

But Nevada has one major difference from Iowa — early voting. From Feb. 15-18, Democrats could fill out a paper ballot indicating their first through fifth choices for the nomination. Those ballots will be counted with the voter's home precinct. On Caucus Day, if an early voter's first-choice candidate doesn't reach viability at their home precinct, that's when the alternate choices will be counted.

The Nevada Democrats say their process for reporting the results will avoid the chaos that happened in Iowa. Using party-provided iPads, caucus officials will plug results into a Google form. That form will have a built in "caucus calculator" to help eliminate human math errors. Each precinct location will also have paper copies of the results.

On the other side of the aisle, with President Trump in the White House, Republicans in Nevada are not caucusing this year.

The results of Nevada's Democratic caucuses will ultimately determine how 36 of the state's delegates are split up at the national convention.