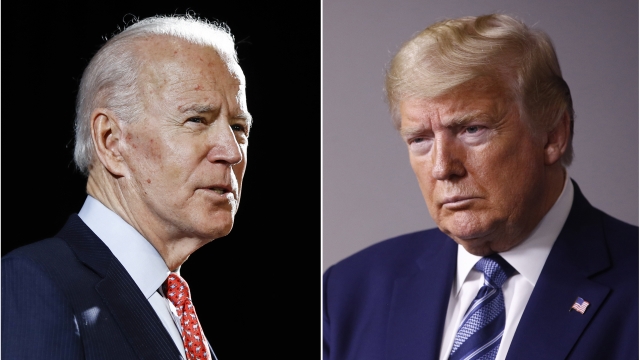 SMS
2020 Election Shaping Up To Be The Most Litigated In U.S. History
By Shira Tarlo
By Shira Tarlo
September 25, 2020
The 2000 presidential election was decided by the Supreme Court — and this year's election meltdown could be much worse.
SHOW TRANSCRIPT

When is the deadline for Wisconsin voters to mail in their ballots?

Are witness signatures required in South Carolina? Will ballots without postmarks be counted in Pennsylvania? Those are just a handful of questions over states' voting rules that could impact election results up and down the ballot.

"There's often a lot of litigation right before an election but I do think this is a new volume for us," said Myrna Perez, director of the voting rights and elections program at the Brennan Center for Justice at NYU Law.

Back in 2000, it was the Supreme Court that ultimately settled the election between George W. Bush and Al Gore.

This year the high court has already taken up some cases — and experts say it will likely have more opportunities to weigh in before Election Day.

"What will happen after November third is much less clear but it sure seems that the possibility that challenges to how a particular state is counting its ballots could, in some fashion or another, reach the U.S. Supreme Court," explained Professor Steven Huefner, a senior fellow of election law at the Ohio State University Moritz College of Law.

Election changes due to the pandemic have prompted the filing of over 300 lawsuits by the presidential campaigns, Republican and Democratic parties and voting rights advocates, by one accounting.

"COVID has laid bare those parts of our election systems that had a lot of cracks and that weren't prepared to handle the kind of crisis that COVID put on us," noted Perez. "And because of the time of year that it happened and because the election has been looming, it has been difficult to try and get those reforms and changes that are needed through non-litigation means."

The Biden and Trump campaigns have both assembled armies of top lawyers and created websites to track the progress of election litigation across the country.

Democrats are largely focused on easing voting restrictions amid the pandemic.

"With COVID and the increase of vote-by-mail ballots, this has now become a true crisis; and so we have been litigating around the country to try to strike down laws — whether it's witness requirement laws or some of these uneven counted laws — to make sure that we don’t see disenfranchisement in the fall," Marc Elias, a top Democratic lawyer working with the Biden campaign, said during a virtual event with Win the Era.

"We think there's a lot of flaws in this rushed transition to an all-mail-in vote," Liz Harrington, spokesperson for the Republican National Committee, said in an interview with Newsy. "We think in-person voting is safe and we want it to be free and fair. We don’t want there to be any fraud."

"It's seen as such a critical election by both sides that they are really leaving no vote uncounted, if you will," explained Huefner. "They're finding any way they can to try and maximize the outcome for each side."